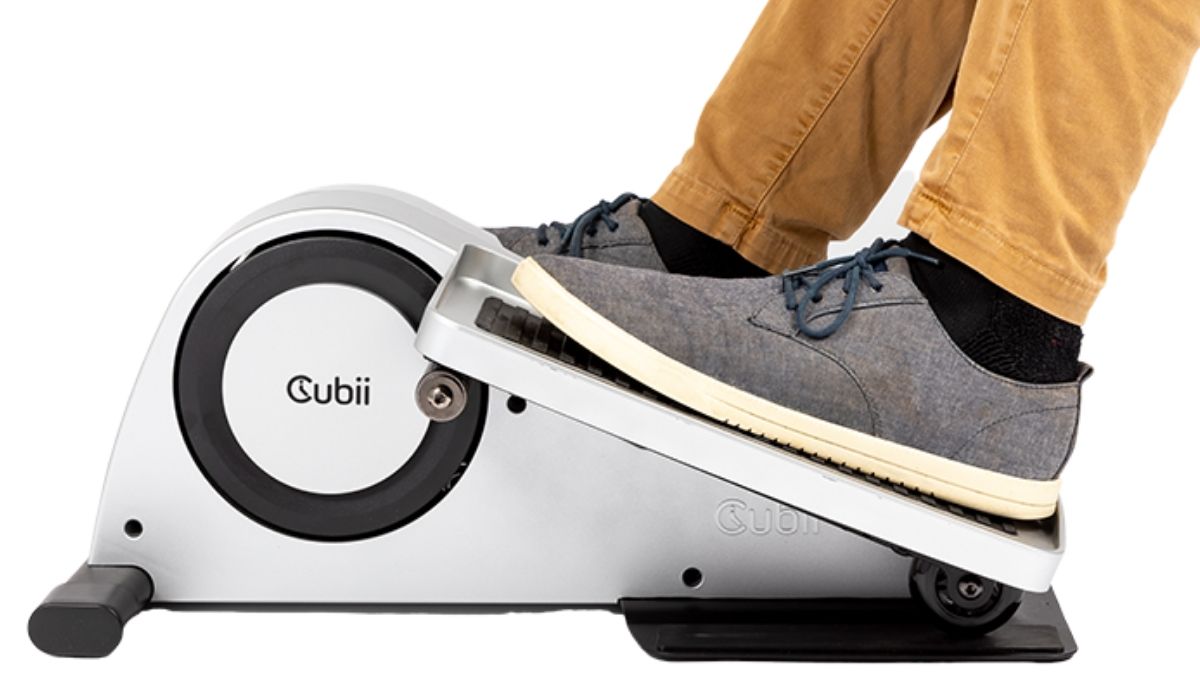 Hey it’s Chris. Some of the links on this page may be sponsored - it helps keep the blog going. Cool?

Oh one more thing, if you're a guy looking to get ripped 6-pack abs or a woman looking to get a lean toned stomach, I just put together a killer workout called the "Dirty Dozen" ab workout. Click here to get your free PDF copy..

Cubii is a small elliptical machine that you can put under your desk or in front of a chair or couch. It lets you get in exercise while doing things like working and watching TV.

That means you can get in additional activity without having to eat up your valuable time.

It comes in 2 main versions the Cubii Pro (available on Amazon) and Cubii Jr. (also on Amazon) and an occasional special edition. It promises to add activity, burn calories, and even help you lose weight, while you sit.

NOTE: In addition to what I go over here, I get a lot of questions about the Cubii. I’ve put together the answers in this post: Is Cubii Any Good?

What is the Cubii?

What is the Cubii Jr.?

The Cubii Jr. – also available on Amazon.com – sounds like it would be smaller than the Pro, but it’s not. It’s actually the EXACT same size and construction as the Cubii Pro, but with not as many advanced features.

How is Cubii Pro Different from Cubii Jr.?

The main difference between the Cubii Pro and the Cubii Jr. is that the Pro version is Bluetooth enabled and has a very cool app that allows you to track your progress and connect with the Cubii Community, compete in groups, and set goals.

The Jr. version has an attached LCD monitor that tracks calories, strides, distance, RPMs, and time. It isn’t Bluetooth enabled.

What’s Better About the Cubii Pro?

The thing that really stands out for me about the Cubii Pro is the social component of the app. It lets you set goals and compete with others. This is a GREAT motivational tool and can help you keep up with your fitness goals.

Here’s a video that overviews the Cubii Pro app.

Cubii Jr. is significantly less money than the Cubii Pro. It’s also pretty much the same thing as the Cubii Pro, but it’s not Bluetooth enabled. Instead it lets you view your workout on an built in LCD screen. If the social component isn’t a big deal for you, then you can save $100 by getting the Cubii Jr.

The LCD monitor is both easy to view and reset or replace if needed. Here’s a video that shows you more.

Who Should Get Cubii Pro (and why)?

If you are motivated by competing with other people, or by tracking your progress via the app, then the Cubii Pro (see on Amazon) will help keep you on track towards your fitness goals.

Who Should Get Cubii Jr. (and why)?

If you want to save money and if you don’t need the app, Cubii Jr. will give you the same benefits as the Cubii Pro for $100 less. It’s good for people who want an effective seated exercise and who are on a budget and/or just don’t care about the social app component.

Both of these machines offer the same solid construction and easy paced workout, but the Cubii Pro is Bluetooth enabled and comes with a tracking app. There are no additional monthly fees with either device.

Here’s a chart that will help you compare the two:

Either one of these machines will work to provide a gentle seated workout and burn more calories without costing extra time. What you get depends on the features you want and your budget.

Click here to see the Cubii Jr. on Amazon.com.

Click here to see the Cubii Pro on Amazon.com.

Click here to learn more about the differences between under-desk ellipticals and under-desk bikes.