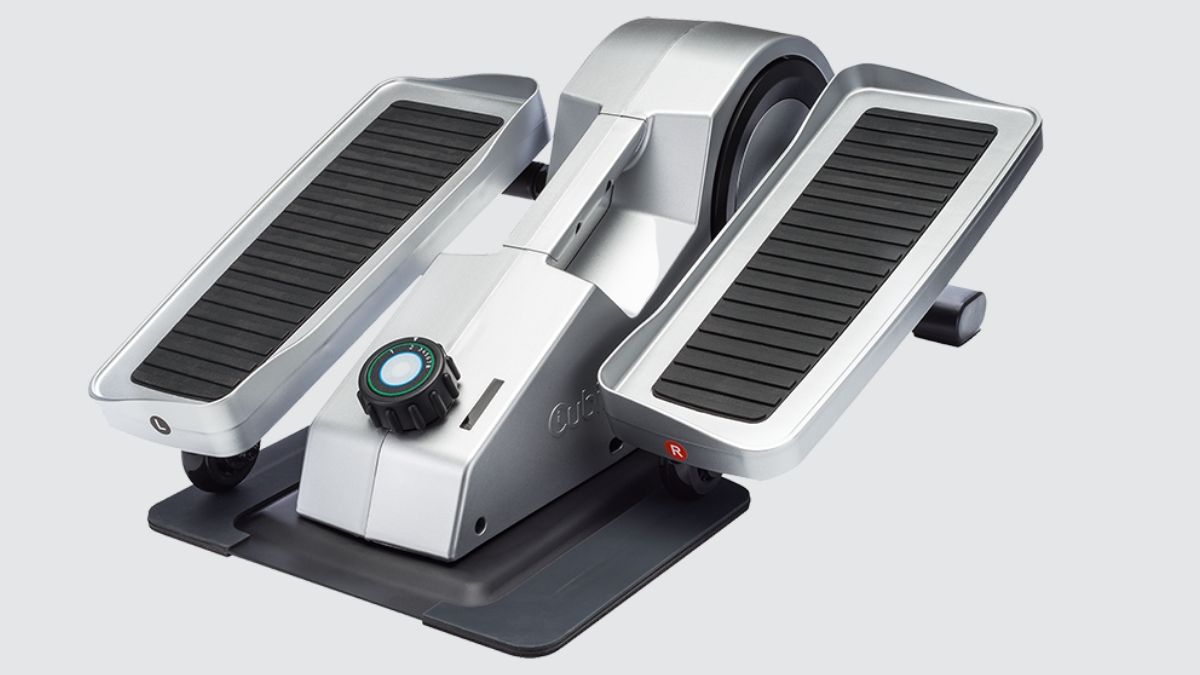 Hey it’s Chris. Some of the links on this page may be sponsored - it helps keep the blog going. Cool? Onto the article...

Cubii is a smooth operating under desk elliptical. This device has a solid construction and a pricepoint to match.

It also makes some pretty big claims about how quietly it operates and the benefits it gives you.

In this article I’ll go over what Cubii is good for and whether it is worth the price.

The Bottom Line: I absolutely love the Cubii. It’s an easy way to burn some extra calories while sitting at the desk and getting work done. All of the models are good. If you can afford it then go all out on the Cubii Pro (available on Amazon). That’s what I got. But if you’re on a budget you can’t go wrong with the Cubii Jr. (also on Amazon).

What Is Cubii Good For?

Cubii is an elliptical that fits perfectly under a desk or you can use it from any seated position.

As a matter of fact, a study by the British Journal of Sports Medicine found that just 23 minutes of peddling at your desk can provide health benefits.

One of the nice things about the Cubii is that it offers a lower profile than many other under the desk cycles and ellipticals on the market, which means that it will fit more easily under a desk and there is less risk of banging your knees on the desk.

What Muscles Does Cubii Work?

Cubii is a seated elliptical machine, so it works the lower body and a bit of the core (abdominal) muscles as well.

It helps you to expend more energy and burn more calories than you would normally just be sitting.

Is Cubii Cood for Cardio?

Cubii isn’t designed to be a strenuous exercise machine. It’s meant to help you get in more movement during the day while you would otherwise just be sitting at your desk.

Can You Lose Weight With Cubii?

Yes. You can lose weight using a Cubii, especially if you combine it with a quality eating plan.

Tip: If you’re looking for a weight loss meal plan and sick of the typical approaches that are out there check out this high carb weight loss plan from my friend Rusty – amazingly enough, it works really well.

Cubii increases your activity level during the day, so it’s a good tool to help promote weight loss while maintaining muscle mass.

How Many Calories Can You Burn with a Cubii?

You can burn up to 150 calories an hour using a Cubii because it keeps your legs moving while you are sitting down watching TV or working. That’s a pretty good burn rate for something you do while you are working!

How Much Is a Cubii Exerciser?

Cubii comes in several models. There most common models are the Cubii Jr. and the Cubii Pro. They also sometimes have limited edition versions with special finishes.

Cubii Comparison: You can see my article comparing the Cubii Pro vs. the Cubii Jr. here.

The Cubii Pro takes one of the hardest things to deal with about workouts -tracking – and automates it in a way that makes you want to exercise more.

It does this by automatically tracking your progress on an app on your phone. You can even have competitions with other people!

And it connects to most fitness tracking devices like Fitbit and Apple Watch, so you can track your progress along with your other fitness routines.

I love this video because it shows you the four screws you need to be able to put the Cubii together as well as the quality of the overall construction.

It also goes briefly over the difference between an under desk bike and an elliptical machine.

NOTE: The video features the Cubii pro, which has the mobile app and bluetooth integration. The Cubii Jr. offers many of the same benefits, but without the app.

What People are Saying About Cubii

Exercising my way through the work day! The Cubii Pro is very easy to assemble (even comes with a screwdriver). Definitely recommend using the chair stopper if you have a wheeled chair. Really enjoy the ability to track progress toward my goal on the app.

Great Workout! The Cubii is quiet, easy to use, and gives your legs and stomach a great work out. It was simple to put together.

The Bottom Line on Cubii

Cubii has quiet operation – it’s been compared to the low setting of a white noise machine. It weighs right around 28 pounds.

Cubii also has some of the best customer reviews I’ve ever seen on a fitness machine. With over 1800 reviews on Amazon and a 4.5-star rating it’s a device that people love.